NO RESERVATION NEEDED - JUST COME AND SEE, HAVE A DRINK AND HAVE FUN ;-)

The 12th Anniversary of the HILT Black Theater and Their First Open Air Performance! Voluntary admission. 12th birthday celebrate exactly at 12 at night!

On a darkened stage, black-clad actors are not visible against the black background. But props, objects and objects, lit by sources of ultraviolet radiation or moving spotlights and led by actors, shine against the background. This makes them capable of moving and thus of their own individual life. 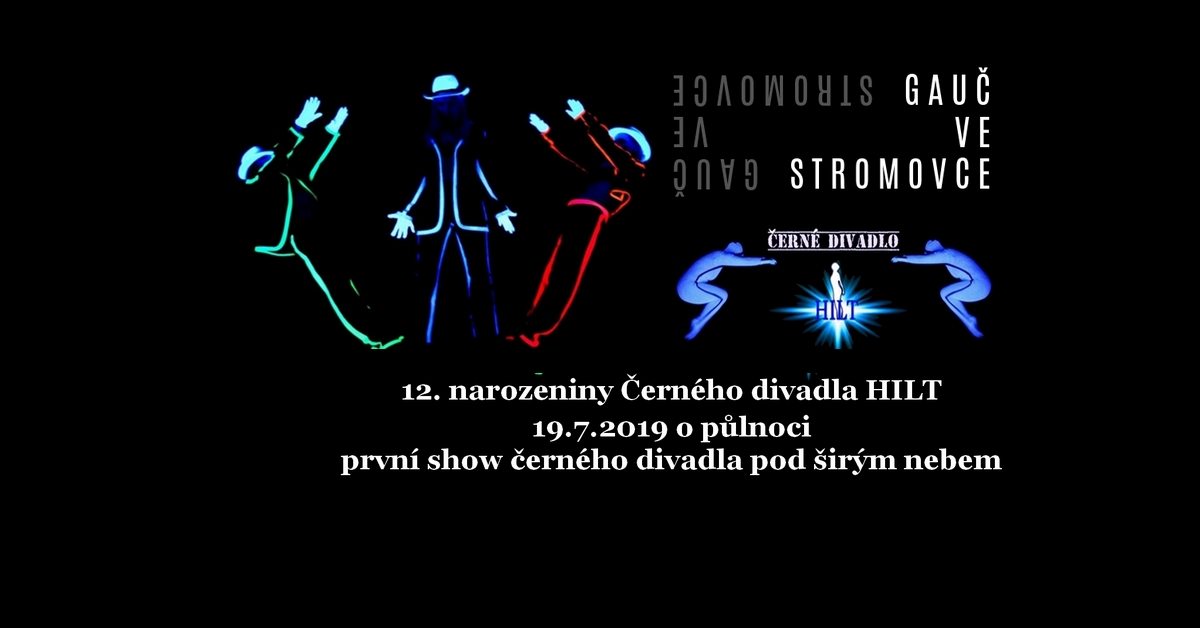